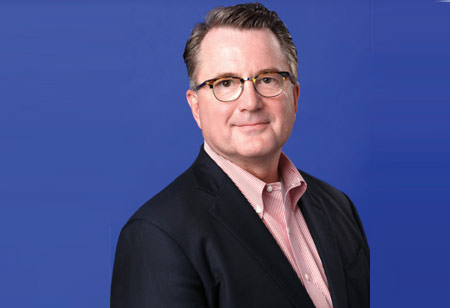 Increasingly, investors and property developers are throwing technology at the challenge of where to invest in real estate in the hope to be first to discover soon-to-be hot markets early in their ascension, or to avoid markets that are just beginning to cool. Machine learning-based cognitive computing is being applied with the expectation that the science of artificial intelligence will supplant the art of, old-fashioned site selection and yield better outcomes.

The results for the foreseeable future are likely to be a mixed bag, though. While elastic compute utilities like those available from large online retailers and technology companies enable tens of thousands of dimensions to be weighed when making a particular investment decision, the preponderance of available data are largely lagging indicators of the vibrancy of local real estate markets thus these super-computing systems are getting good at telling us what’s already happened, not what’s going to happen next.  To understand why, consider the number of “local” building permit applications as an input to an investment decision: deducing that the number of applications for building permits in an area has doubled month-to-month over the prior 180 days might be fundamental in determining that that particular market is about to take-off. However, because it may take more than 90 days for a local municipality to assemble and publish the information, by the time this insight is discovered, it’s potentially beyond its “use by date,” or at the very least, it’s only able to confirm that which the market has already come to know – that things in the area are heating up. The challenge then is to find signals that are either leading indicators or super early lagging indicators, i.e. indicators that point – in near real-time –to a change in inertia or direction. Previously, a dearth of fast-moving signals made this difficult as evidenced above. But the advent of new signal types from sources like ride share services, search engine terms, payment networks, and wireless providers offer a transformational opportunity. Further, because the observation window for these signals is short – often, intraday – it is now possible to use these fast-moving signals to gain an unprecedented pulse on a market. Take these one by one.  All ride sharing services track affiliate cars – their pick-up and drop-off times and locations. Some of them frequently publish or expose their data —through application program interfaces or other access methods. Assembled as an array of location-specific time series, these signals can indicate a subtle build-up of “people traffic” in an area or the onset of a general malaise therein. By themselves, the signals would neither prove or disprove that market momentum in the area is about to shift. But taken with others, they might.  Like ride sharing services, wireless providers and payment networks have the ability to impute the movements of people within or over days, weeks, months, or years. Credit card companies capture the time and location of every debit and credit transaction. By geographically plotting an individual’s card transactions over time, it becomes straight forward to infer that person’s – or a group of similarly styled people’s – movements throughout an area. Likewise, it becomes possible to look for and spot changes in herd movements, e.g. increased sustained credit card spend south of Maple Avenue might point to a budding local renaissance in that area. Wireless providers can likewise assemble time series of signals derived from cell-tower-to-handset pings in order to calculate a person’s – or cohort of people’s – locomotion. Viewed over days, weeks, or months, the frequency of pings fills in many of the holes that exist within payment network data, such as “Where was person X between the time when observed at the donut shop and later at the pharmacy?” Paired with payment network data, it becomes possible to not only detect subtle shifts in human activity, but to begin understanding context and motivation as well. Recognizing that there is an increase in people getting dropped off at on the southwest corner of Adams Street where it intersects with Maple Avenue, and seeing a reciprocal increase in credit card spend with a day school in the vicinity might mean that that specific area is heating up. It might also suggest a burgeoning arrival of families with kids and the appetite for multi-family units.  Of course, card companies, wireless providers, and ride share services are wrestling with and trying to determine how – in light of evolving confidentiality legislation and practices – their respective signals can be leveraged to anticipate market movements. So too are search engine providers. And why not? From their perch, it’s possible to view a time lapse of search terms such as “casual dining near Maple and Adams,” or “accredited schools K-12 on the Southside.” Their signals have rich fidelity as it relates to locational motivation.  Taken in total: combined with traditional data and assessed by machine learning technology, these fast-moving signals have the potential to change the game … to reveal to investors and property developers something that the “locals” already know – that the area along Adams south of Maple is heating up. While it’s inevitable that privacy concerns will lock down or reduce the fidelity of many fast-moving signals, the number of open sources coming online weekly is substantial. As such, an organization’s ability to nimbly harvest thousands of these new data types from hundreds of open sources, geotag each source, then develop time series —and other innovative calculations and transforms— will determine whether that organization will be consistently early to the party. At scale, the undertaking to be first to see an impending change in any market is gargantuan. One retail-focused Real Estate Investment Trust recently identified over 2,000 fast- and medium-moving signals that are collectively and precisely predictive in identifying a market that’s “just right” for buy-in. Were they to decide to continuously monitor every county in the United States – 3,300 in all – in order to be the first to spot a hot opportunity, it would be necessary to connect to 6,600,000 signals. To do so for every neighborhood in America might require 10 times as many.  But with cloud and artificial intelligence, both scenarios are plausible and practicable albeit both heavy lifts. It will be worth the effort, though if for no other reason, those late to the table will find only two choices: porridge that’s either too hot or too cold since the stuff that was “just right” has been gobbled up.
This content is copyright protected

However, if you would like to share the information in this article, you may use the link below: